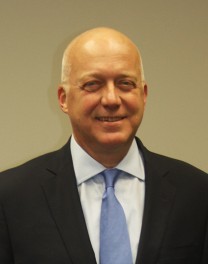 John R. Oathout began his career at American Bank in November, 1987.  Over his thirty plus years with the bank, he has provided leadership for the organization as Executive Vice President / Chief Financial Officer and in 2017, John was promoted to President / Chief Executive Officer.  He currently leads Ambanc Financial Services as President and CEO as well.

When not at work, you can find John enjoying time with his family - especially his grandchildren - or traveling the world.